Daily living costs are higher in the Grand Duchy than across the bloc in seven out of 10 areas,
according to EU’s statistics agency 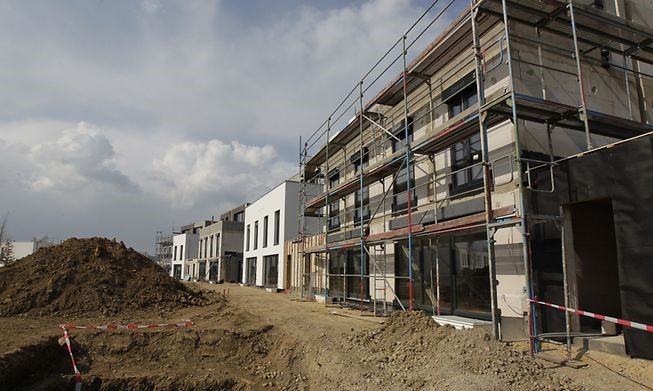 The cost of housing in Luxembourg is 70% above the EU average, according to the report
Photo credit: Marc Wilwert

Housing costs in Luxembourg are 70% more expensive than the European Union average, according to the bloc’s official statistics agency Eurostat.

Prices in Luxembourg were higher than the EU average in seven out of 10 areas of daily life analysed in the study, which was published on Wednesday.

The Eurostat report covered prices in 2020 across 30 countries, comprising the 27 EU members and Iceland, Norway and Switzerland. The rankings were calculated based on the price level index, dividing the differences in purchasing power between various countries – salaries set against costs – by the exchange rate.

The average gross annual salary in the Grand Duchy is €64,932, according to a report by Luxembourg’s official statistics agency Statec earlier this month.

It represents almost double the European average and is eight times the rate of pay in the lowest-ranked country, Bulgaria. However, the Statec report emphasised that the actual purchasing power offered by Luxembourg’s wages is reduced when high living costs are taken into account.

In the Eurostat research, costs in Luxembourg were significantly higher than neighbouring countries and the EU average. Housing prices ranked third of all 30 countries surveyed, at 70% above the EU average, with only Switzerland and the Republic of Ireland coming in as more expensive for accommodation.

Luxembourg’s housing prices have increased by 90% over the past decade, according to a previous report by Eurostat in January.

The country has the most expensive furniture and carpet prices on the continent, with costs almost a third higher than the EU average. The most expensive locations for costs in the remaining nine areas of daily life were in Norway, Denmark and Switzerland.

Telephone and internet services are almost 50% higher than the EU average in Luxembourg, while food and hotel costs are around 25% more expensive.

Only in three measures – alcohol and tobacco; private transport such as cars; and public transport including trains and plane journeys – did the Grand Duchy rank cheaper. The lower ranking in the latter section can likely be attributed to Luxembourg’s decision to introduce free nationwide public transport in March 2020.

At the end of May Statec announced that wages in Luxembourg are expected to rise by 2.5% before the end of this year, in order to keep pace with inflation.

Luxembourg’s minimum wage increased by 2.8% at the start of the year, despite strong criticism from business groups. The basic minimum gross monthly salary for unskilled workers currently stands at €2,201.93, rising to €2,642.32 for employees with qualifications.