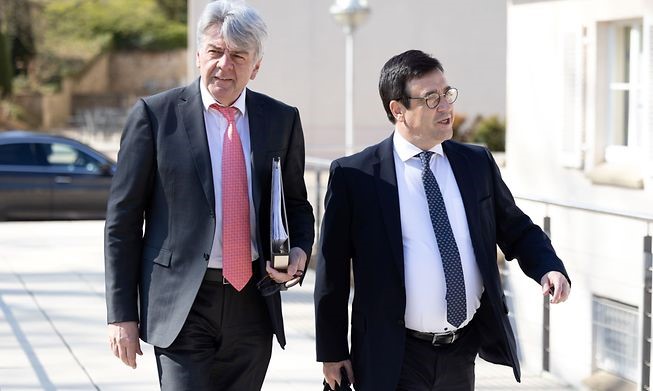 The trade union for civil servants (CGFP) has hit out at the government, accusing a minister of creating a “jealously debate” after releasing a study that showed that a typical civil servant makes over €100,000 a year.

“The CGFP is not surprised by the content [of the study], as significant parts of the analysis have been known for a while. What is strange is solely the timing of the publication,” the trade union said in a statement on Wednesday.

Last week, the ministry of the civil service headed by Marc Hansen released a study that showed civil servants in Luxembourg tend to earn more than €100,000 per year, almost a third more than the national average wage.

“Was the aim to fuel a jealousy debate between the private and public sector, in order to put pressure on the CGFP to drop its demand” for a pay rise, the trade union asked.

“This jab is the complete opposite to the long-overdue thank you for civil servants’ tireless commitment,” the union said. All state salaries are made public, which is not the case in the private sector, the CGFP said.

The CGFP and Hansen’s ministry are currently in negotiations to reach a new labour agreement. The civil servant trade union demands a rise of the price index that determines state salaries and pensions, which have not changed for five years. That increase would come on top of automatic wage indexations.

All salaries and pensions in Luxembourg are upped by 2.5% if inflation crosses a certain threshold, which has already happened once this year. A second wage indexation which was triggered this year will be paid out next year under the first so-called tripartite agreement.

The high wages on offer for civil servants and state employees are far removed from the reality in other sectors in Luxembourg. More than a fifth of workers in Luxembourg’s capital live below the poverty threshold, earning less than €1,942 a month, according to a study commissioned by the city council earlier this month.

Some EU workers, such as administrative and IT staff, make less than Luxembourg’s national minimum wage, the bloc’s budget watchdog said in a letter to the Commission last year. Luxembourg’s gross minimum wage for skilled workers stood at €2,776 per month in April.

Senior managers at two of the main EU institutions headquartered in the Grand Duchy warned last month that the country is losing its appeal for jobseekers, with candidates turning down offers because of surging housing costs.

“The CGFP has always pointed out that in times of crisis the state workers should not exclusively shoulder the financial burden. It cannot be that the state does not grant a pay rise to its employees in order to use the financial means elsewhere,” the civil servant union said.

Some 95,000 people work for the government or other forms of public administration, including education. That is almost twice as much as in financial services, the sector which contributes the most to the Luxembourg economy – roughly a third of the total value created – and which has around 50,000 employees.