Cost of living – how expensive is Luxembourg and why?

Do you remember how happy you were when, after EPSO’s e-mail starting “I am glad to inform you…”, you received a job offer in Luxembourg?

And how surprised you were to arrive and find the highest rental fees, service and supermarket prices ever?

Although the Grand-Duchy is one of the richest countries, and also one of the most livable places in the world, that wealth does not extend to everyone living in the country. Wages and salaries are high, and the country is very foreigner-friendly: almost 50% of the population is of foreign origin. There is, however, a significant shortage of housing caused by various factors like the increasing population, restrictive planning laws, etc. And until the supply of housing increases and the market delivers on its promises for investment, rental prices will not stop rising. Between 2010 and 2019, housing prices have increased by 56%, while the median income increased only 35% over the same period.

The capital is the most expensive and desired location in the country: in 2017, the average private rental price was 1 657 EUR a month for apartments and 3 688 EUR a for houses. In order to avoid high rents, you can certainly choose commuting from the neighboring countries where rental prices are relatively lower (but continuously increasing). However, it may result in up to three hours spent on the roads every day as more than 200 000 people commute to Luxembourg, and you will pay with your free time for savings on rent.

You often hear that moving to a neighboring country is your choice although it is not: if you arrive with family at Luxembourg, you are expected to rent a flat with at least as many bedrooms as the number of your children, which alone may consume half or more of your net income. Buying a property is even more difficult: beyond the 20-25% “own capital” that you must spare in advance, your monthly mortgage rate must not be more than 30% of your salary. So the only way out of this triple trap is to undertake commuting from abroad. 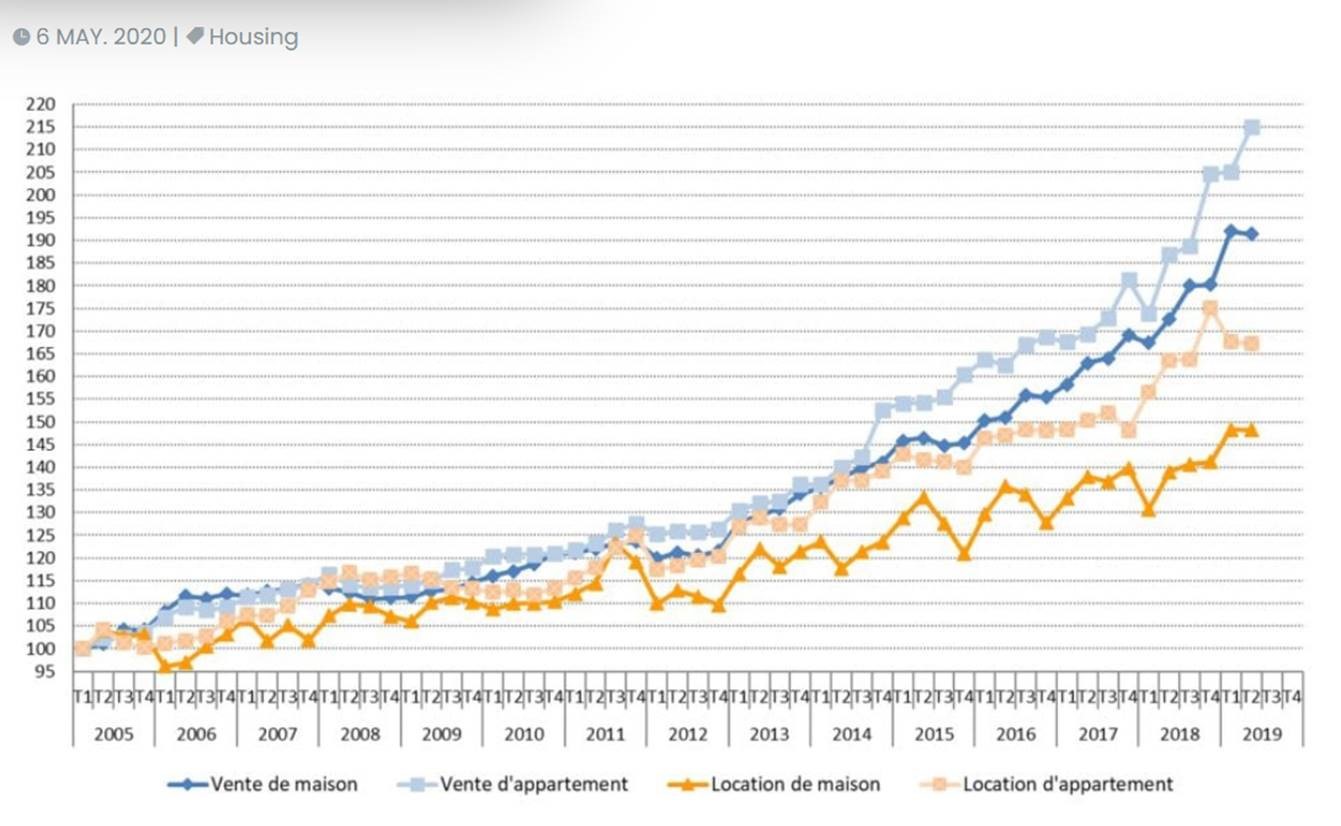 And now take a look at your salary slip and compare your net income with the average salary in Luxembourg: according to the national statistics agency STATEC an employee in Luxembourg will receive an average annual salary of 65 801 EUR. That is why prices can be so expensive: they are adapted to a monthly average net salary of 5 550 EUR!

Let’s see now another comparison of wages: should you move now to have a similar post in Brussels, you would only need around 3 850 EUR to maintain the same standard of life that you can have with 5 200 EUR in Luxembourg (Cost of Living Plus Rent Index). 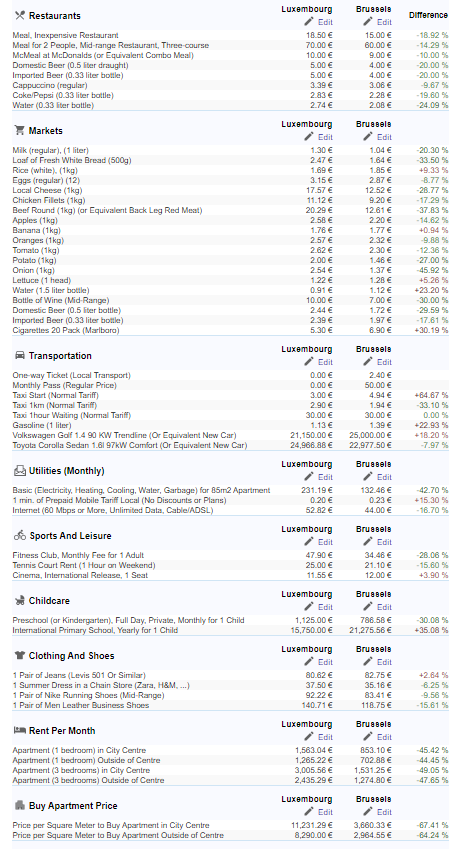 The official site of EUROSTAT explains what the solution in such cases is: ‘the correction coefficient puts into practice the general principle of equal treatment, which in this case corresponds to the equality of purchasing power between all staff of the EU institutions regardless of their place of employment’. Currently, Luxembourg is the only place of employment denied a correction coefficient and put on equal footing with Brussels – despite the above facts proven by official and several further independent sources.

Even though we are not supported by other trade unions, we will not stop fighting for the only non-discriminative solution, namely the introduction of a correction coefficient for Luxembourg, which would be legally possible with a simple amendment of the Staff Regulations, the kind of which there were already more than 100 after the 2014 reform.