Luxembourg, not the place to be

Due to the higher cost of living, the location of Luxembourg is becoming less and less attractive for EU officials. However, their status in this country should not be changed, says a new report from the European Commission. This alarms trade unions and MEPs. 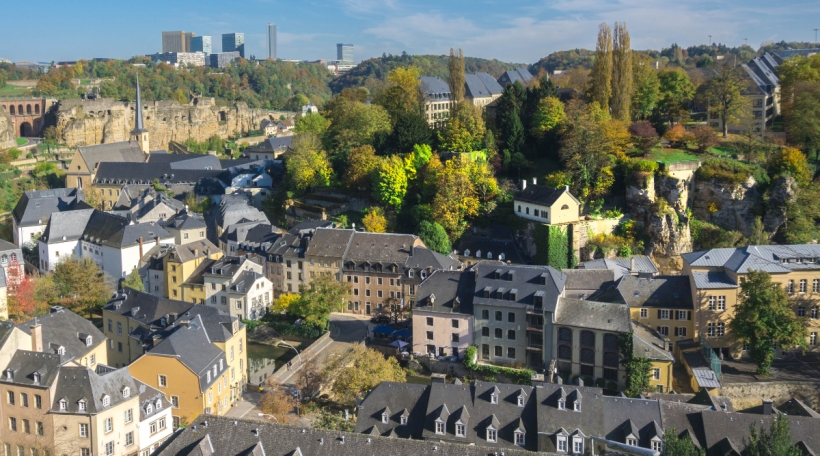 Luxembourg’s location has problems as an EU site, which is also reflected in the fact that a Commission agency based in the Grand Duchy, the Chafea, was dissolved two years ago.

Another one, HERA did not come to Luxembourg and the European Public Prosecutor’s Office had problems recruiting people.

More and more positions within the EU institutions are being filled by short-time contracts. This phenomenon is particularly pronounced in Luxembourg, confirms the new report from the European Commission .

There are fewer and fewer people interested in coming to work in Luxembourg, says Miguel Vicente-Nunez from Union Syndicale Luxembourg, the EU Civil Servants union in the Grand Duchy. This is due in particular to the fact that purchasing power in Luxembourg is more than 20% lower than that of Brussels – but wages are the same.

“We are in a situation of discrimination, flagrant inequality of treatment . This aspect is well recalled in the report of the Commission.”

One would be surprised at how little the Commission is interested in the situation in Luxembourg.

The figures cited in the report are long overdue since 2019, as living costs, particularly those of housing, have risen further in the meantime.

Of the 11,000 EU civil servants working in Luxembourg, 4,000 do not live in the Grand Duchy but in the Greater Region. For the Commission, this is a reason not to introduce a special statute for the staff in Luxembourg, because this would also pay out support to people who, in reality, have no higher costs.

The sentence in the report should have raised the right questions, says Miguel Vicente-Nunez. One has to wonder why so many people do not want to live in this country.

For the unions, the only way out is to pay permanent compensation to those who have a contract in Luxembourg. That opinion is shared by the Greens’ MEP Tilly Metz.

“The only solution that is fair in the medium and long term can only be the introduction of a correction coefficient for Luxembourg.”

That is precisely what the Commission, however, does not want to do. This is why the statute of EU officials needs to be changed, says Miguel Vicente-Nunez:

“The Commission is hiding behind a provision in the Staff Regulations which says that Brussels is equal to Luxembourg. It is obsolete, as it dates from the 70ies.”

In its report, the Commission proposes targeted measures only for those who effectively live in Luxembourg.

A cosmetic measure, finds Tilly Metz, which will only cause tensions between those who receive support and those for whom this is not the case.

It is also criticized that these measures are limited in time. For CSV MEP Christophe Hansen , support for people living in Luxembourg at the current housing prices would be counterproductive:

“If we now force civil servants to live in Luxembourg in order to receive the compensation, we will aggravate the problem even further.”

The image of the EU official, who has benefited from many privileges in Luxembourg, is outdated and inaccurate, sums up Tilly Metz:

“The people who work in the European institutions earn, on average, less than many other people in Luxembourg. This is about justice, but also about the attractiveness of the Luxembourg site.”

A view that the higher costs, that would ultimately have to be borne by the entire EU, might question the very existence of the site is rejected wholesale by the two MEPs.

“Europe has three European capitals, which is historical. Luxembourg has developed a know-how that must not be lost.”

For the CSV politician Christophe Hansen , Luxembourg must put all its levers in motion and carry out persuasive work.

“This applies to Luxembourg’s EU Commissioner Nicolas Schmit and to the government. Luxembourg is making high concessions by, for instance, providing land for the buildings of the EU institutions , while land has to be purchased in Brussels. Luxembourg must use such arguments to ensure that the current inequality is addressed. “

Next reform of the statute is imminent

According to union leader Miguel Vicente-Nunez, action must be taken quickly. At the latest with the third reform of the Staff Regulations, which is to be drafted within a year, things should come to a head.

“If, as part of the upcoming reform of the statute, we do not introduce a correction coefficient in Luxembourg, we might as well close shop.”

(Automatic translation of the page in English)

You can read the original article in Luxembourgish or listen to the interview offered by Mr. Miguel Vicente-Nunez to the local radio channel 100,7: https://www.100komma7.lu/article/aktualiteit/luxembourg-not-the-place-to-be

You can find a link to the audio podcast in Luxembourgish, below the article, on the same page.