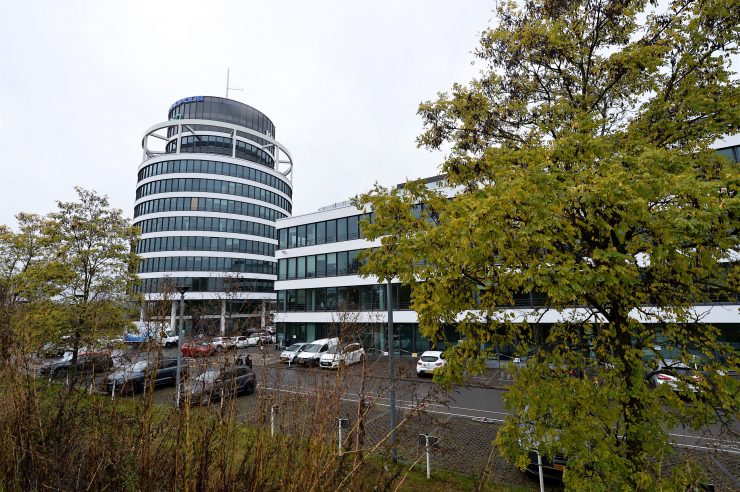 What is actually going on at the EU? Lack of transparency, violation of social standards, lack of communication: the end of Chafea in Luxembourg is embarrassing. The EU executive agency has so far been in charge of health, consumers, agriculture and food in the 27 member states.

“The EU Commission enforced social standards on redundancies in the 90s and now it does not comply with them itself,” says Miguel Vicente Nunez (67), President of the “Union syndicale Luxembourg” (USL). “This is paradoxical.” He is disappointed. The union represents around 10,000 Luxembourg-based workers in the EU institutions.

The USL has had to watch more or less helplessly the goings-on around the Chafea since it became known in April 2020 that it would be closed. The EU Commission had not informed anyone, the 85 employees were given the choice: either move to Brussels or goodbye!

Again and again the USL intervened, demanded workers’ rights and appealed to those responsible in Brussels as well as in Luxembourg to reconsider the decision. Just as often, the union has demanded alternatives for workers from other EU institutions based in the country.

To no avail. The end of the executive agency seems to be a done deal – even if the definitive Chafea closure is postponed. The new, unofficially traded date for the withdrawal is now the end of March, according to USL. Some workers did not want to wait until then. There is no help, support or social dialogue in sight for them anyway. They have learned that in the meantime.

EU does not stick to its own directives

Some have acted and voluntarily and proactively left Chafea. According to union sources, 26 of the former 85 employees have found a new job in Luxembourg. About 30 are going to Brussels and as many more are hanging in the air. Their attempts to apply have so far been unsuccessful, although the Directorate General of “Santé” in Luxembourg is currently organising the country’s vaccination strategy and has temporary posts to fill.

“There, Chafea applicants are not even considered,” says USL President Nunez. The impression is that this is to convince them to move to Brussels after all. People don’t like to give up the expertise they have gained over the years. But there are other things that are surprising about the EU as an employer. “When there are redundancies for economic reasons, there is usually a social plan,” says trade unionist Nunez.

He points out that it was the EU itself that introduced these rules. Especially in the case of transnational decisions, there should be a dialogue with the workers’ representatives and the perspective of the workers should play a role. The best-known example where this has been enforced is the car manufacturer Renault: in the mid-1990s, management unilaterally decides to restructure plants in Belgium and France. The workers are completely caught off guard, as are the politicians. The planned mass redundancies in Vilvorde, Belgium, and in neighbouring France result in a massive industrial action in 1994.

Courts are called in and rule against Renault. The carmaker finally has to correct its unilateral decision and its European management has to sign a supplementary agreement with the unions in Belgium and France. It puts an end to the arbitrariness.

The basis of the agreement is the EU directive of 22 September 1994, which states: “In the event of a planned exceptional decision which has transnational implications and is of such a nature that it significantly affects the interests of workers, the European Group Committee will convene for an extraordinary meeting.” And further: (…) “There will be dialogue and an exchange of views at an appropriate time so that elements of the discussion can still feed into the decision-making process.” None of this has been the case with Chafea so far, although its demise has transnational implications for workers. “European law has to be respected there and the EU is excluding itself,” says trade unionist Nunez.

Yet the decision to close Chafea meets all the criteria for the directive. The decision to close an agency that promotes and manages health programmes in member states in times of pandemic is extraordinary. The rationale sounds pretextual. Economic reasons are the arguments for the decision. The staff are too expensive, they say from Brussels. This sounds all the more strange in view of the fact that there is no cost-of-living supplement for EU employees in Luxembourg because of the high rents. The USL has been fighting for this for a long time.

How important such a supplement would be becomes clear against the background of the planned location of the European Public Prosecutor’s Office in the country. There are still posts open there. This was most recently pointed out by MEPs Viviane Reding (CSV) and Diane Adhem (CSV) in a parliamentary question to the Ministry of Justice on 27 January this year.

Both say, citing a media report, that it is uncertain that the European Public Prosecutor’s Office will be able to start work in Luxembourg on 1 March – as planned – because of the vacancies. It is not only posts that are open. Among other EU members, Luxembourg itself has not even appointed its two delegated prosecutors.

The EU institution is supposed to take care of penalties in cases of corruption. Reding and Adhem put the damage caused to the EU annually by corruption at 400 million euros and that caused by tax fraud at 40-60 billion euros. But back to the focus on health, which according to European treaties is located in Luxembourg, or more precisely to the Directorate-General for Health, which is also based in Luxembourg.

“The EU cannot so easily withdraw a treaty-guaranteed focus like health from the Grand Duchy,” is the union’s position. It is not only there that quite different fears are circulating. “Our fear is that the Chafea is the small boat and the General Management is the Titanic,” says USL President Nunez. Everyone knows their fate.

EU health programmes
The budget for health within the EU was significantly increased in 2020 in the face of the pandemic. There was €450 million for 2014-2020. In the new annual plan, which runs from 2021 to 2027, there is more than five billion euros from Brussels. According to USL, this is almost a tenfold increase. 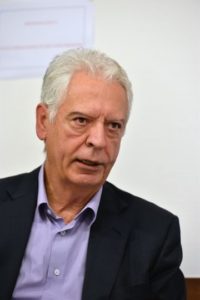 Miguel Vicente Nunez (67), President of the “Union syndicale Luxembourg” (USL), which represents the interests of around 10,000 EU civil servants in Luxembourg