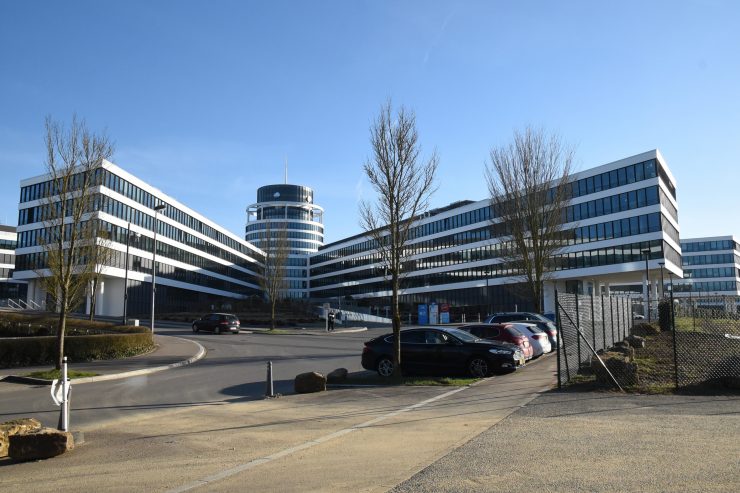 What sounds like a justification gives deep insights into the function and thinking of the EU bureaucracy in Brussels. For months, Luxembourg and Brussels have been wrangling over the dissolution of the Executive Agency for Consumers, Health, Agriculture and Food (Chafea). On Thursday, the Ministry of Foreign Affairs unexpectedly gave a detailed answer to a parliamentary question on the subject.

So far, the Foreign Ministry has been rather diplomatic and vague on the subject of Chafea (the Tageblatt reported). It has not yet been decided, talks are ongoing, negotiations are underway, was the word from the rue du Palais de Justice in the capital. Things are different now, because the withdrawal of the Executive Agency is a done deal.

This is clear from the answer given by the Ministry of Foreign Affairs to a parliamentary question by Gusty Graas, a DP MP. He wanted to know what had come out of the negotiations. And he asked about the sense and the economic efficiency of the withdrawal of Chafea.

The answer from the Foreign Ministry highlights the country’s partial powerlessness vis-à-vis Brussels. Luxembourg cannot oppose the reorganisation of the EU executive agencies on its own, Foreign Minister Jean Asselborn (LSAP) clarified in his answer published on Thursday.

The reorganisation of the institutions is the sole responsibility of the EU Commission. This is regulated by regulations. The EU Commission, on the other hand, has apparently been fiddling around with a different organisational chart for its executive agencies for some time. This is indicated by a draft from Brussels which, according to the Foreign Ministry, was sent to the member states as early as December 2020. They are to comment on it.

The way for this has been cleared by the new financial plan 2021-2027. Under the impression of the pandemic, the funds for health within the EU have been increased considerably on the one hand. On the other hand, the reorganisation of the executive agencies should bring savings in the European budget, as the Foreign Ministry writes.

Sacrifices in favour of other EU agencies

“Economic reasons” have been the arguments for moving Chafea to Brussels from the very beginning. But not for the agency in concert with the others, but in terms of staff wage costs. That is how it was communicated for a long time. That is now water under the bridge.

Limited size and the fragmented portfolio of Chafea are the main Brussels reasons for its closure in Luxembourg in order to transfer these tasks to other executive agencies, writes the Foreign Ministry. Chafea employed around 85 people at its Luxembourg location until 2020.

The answer confirms the long-held suspicions that Chafea would be sacrificed in favour of other executive agencies. The EU is only allowed to have five executive agencies. If one is dissolved, a new one can be opened. This is obviously the case. The Commission intends to create around 500 posts in a new executive agency by 2027, writes the Foreign Ministry.

Asselborn takes the answer as an opportunity to refute a second, repeatedly voiced accusation: Luxembourg has not done enough to counter this. After all, it was he who last agreed to strengthen the Executive Agency in 2015 in the agreement named after him and the former Vice-President of the EU Commission Kristalina Georgieva.

In meetings of the Executive Agencies Committee held in late December 2020 and January 2021, he advocated for the preservation of Chafea. “In line with the motion adopted by the Chamber of Deputies on 11 June 2020, Luxembourg has taken the position that strengthening Chafea in the Grand Duchy (…) would be far more appropriate than transferring its activities to other executive agencies based in Brussels,” the response reads.

This committee has to give an opinion before the College of Commissioners finally decides whether to stop or continue. The main argument put forward by the Foreign Ministry in Brussels is that strengthening Chafea (in terms of personnel) would optimise its functioning.

Funds are available through the expanded budgets for health, and synergies in Luxembourg exist anyway. And if something works well, it is also economical, as demanded by the EU Commission. The written consultations among the members of the Committee of Executive Agencies have been over since 1 February.

Luxembourg has flatly rejected the draft on the reorganisation of the various executive agencies. This is what the Ministry of Foreign Affairs writes in its reply. Six other EU states voted in favour of the draft and 20 states did not comment at all.

This was interpreted in Brussels as tacit approval, which is why the paper “has now been sent to the College for final approval”, the reply continues. In addition, Asselborn defends the government’s efforts to promote the presence of European institutions and agencies in the Grand Duchy. Asselborn refers specifically to the envisaged “Health Emergency Response Authority” (HERA).

A corresponding letter from the Prime Minister to the President of the European Commission, Ursula von der Leyen (CDU), is on its way, the reply continues. For the first time, the letter also openly mentions the allowance for EU employees in Luxembourg because of the high cost of living.

That means there is a problem. A comparative study commissioned by the EU Commission has already shown in 2019 that the cost of living in Luxembourg is 10.5 per cent higher than in Brussels. This also emerges from the answer to the question.

At a meeting with the European Commissioner for Budget and Administration, Austrian ÖVP politician Johannes Hahn, Foreign Minister Asselborn and Prime Minister Xavier Bettel brought this allowance into play on 27 October 2020, the answer continues.

The correction coefficient or financial salary compensation for EU staff has long been the practice in other EU countries that have the same problem. The Commission is now being asked to think about possible solutions, the Foreign Ministry writes. However, the answer leaves open the question of compensation for the withdrawal of Chafea, which is now a done deal. 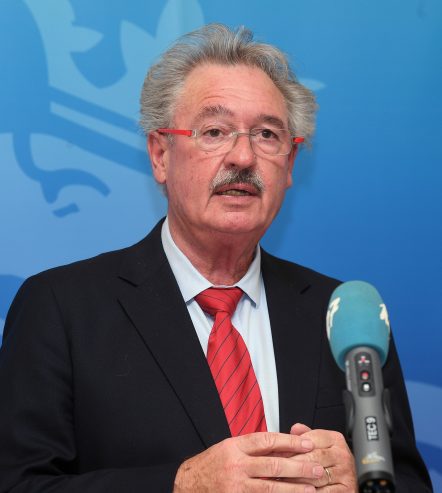