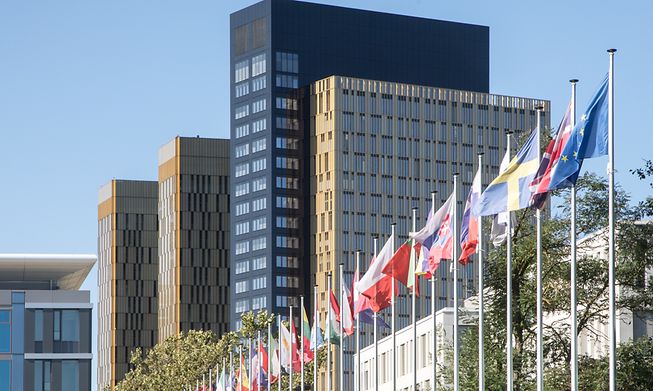 The European Court of Justice in Kirchberg, one of the many EU institutions and bodies in Luxembourg
Photo credit: Guy Jallay

Foreign minister Jean Asselborn has refused to provide a detailed headcount of EU institution staff in Luxembourg to support his claim that their numbers are on the rise in the country, after the bloc’s budget watchdog expressed concerns that the Grand Duchy’s high cost of living is deterring potential recruits.

Following an article in The Luxembourg Times in August – which revealed a letter from the European Court of Auditors (ECA) to the European Commission about the “palpable” difficulties in attracting staff – Luxembourg’s main opposition party, the centre-right CSV, had demanded to know which EU institutions have ramped up their number of employees.

European institutions in Luxembourg have been struggling for years to attract staff because workers are better off if they do the same job in Brussels, where they receive the same salary.

Back in July, the foreign minister had claimed that the number of EU civil servants in Luxembourg had “considerably increased” over the past five years – to 14,000 last year from around 12,000 in 2015. A few days later, the letter from the ECA emerged, highlighting recruitment problems, prompting the CSV to ask Asselborn for evidence of his claim.

Responding to a written parliamentary question on Friday from deputy Viviane Reding, a former European Commissioner, who had asked for a detailed breakdown, Asselborn declined to give specific numbers but said the European Investment Bank was the main recruiter in recent years.

Asselborn also said that the number of staff at several other institutions and bodies including the European Court of Justice and the ECA had gone up, again without giving specific figures.

The ECA, which is based in Luxembourg, said in its letter that it was “absolutely necessary” to raise salaries to attract people to work in the Grand Duchy.

“The establishment of the European High-Performance Computing Joint Undertaking (EuroHPC) and the European Public Prosecutor’s Office (EPPO) has also contributed to the the presence of European institutions, bodies and agencies in the Grand Duchy,” Asselborn said in his response on Friday.

When EPPO was in the process of being launched, trade unions had also pointed to the high living costs in Luxembourg as an obstacle for recruitment.

Last year, a European Commission agency, Chafea, which employed around 80 staff in the Cloche d’Or area of Luxembourg, decided to move its office to Brussels to form part of a new organisation. The agency was more costly to run than Brussels-based agencies, the Commission said at the time.

“According to the information available to us, this involved 20 temporary posts and 59 contract posts. It should be noted that staff members were able to find new jobs in Luxembourg with other European institutions, bodies and agencies”, Asselborn said in his answer to the CSV.

A recent study carried out at the European Commission’s request, also quoted by Asselborn, showed the 10.5% difference in cost of living between Luxembourg and Brussels as being mostly driven by housing and recommended those working in the Grand Duchy should get a housing allowance to make up for the shortfall.

EU staff in many European cities, including Copenhagen, Munich and Paris, are already being paid more because living costs are more expensive in those cities than in Brussels.