Real estate: the highest increase in Europe. Where ? In Luxembourg… 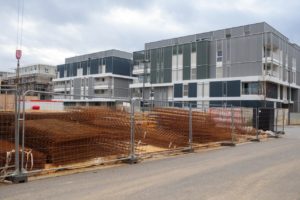 If you would like to buy a house or apartment in Luxembourg, it would set you back, on average, 14.5% more in 2020 than a year previously, say national statistics office Statec. Their EU equivalent Eurostat notes this was the fasted rate of growth over his period in the union.

Countrywide, a square metre of an apartment being built cost €8,014 on average, with existing places €1,000 cheaper.

The pandemic affected the number of transactions. During the hard lockdown of the second quarter there was a 22% drop, a pre-pandemic rate returned in the second half. Thus, over the year, the number of sales was 6.3% down on 2019.